The Christian religion not only was at first attended with miracles, but even at this day cannot be believed by any reasonable person without one. David Hume.

“Honey, the Lord has spoken unto me.”

“He said, ‘Sean, my son, takest thou thy wife and the little children of thy loins, and go to San Diego. There buyest thou a small boat—say about ten cubits long by, oh heck, three and a half cubits wide–and sail it across the Pacific to Kiribati, that thou mayest be free of the Godless laws of America, where men are permitted to lie with men, and women with women, and the unborn are ripped untimely from their mothers’ wombs at the expense of the federal government, and my commandments are not permitted to be displayed on the walls of the city courthouse.’ ‘But Lord,’ I replied, ‘we know naught of nautical matters–there is no sea in Arizona–and we are sore afraid of the ocean.’ Then He said in a loud, annoyed kind of voice, ‘O ye of little faith! It’s not called the Pacific for nothing, you know. And as to the matter of navigation, I shall guide thee.'”

And so Sean Gastonguay took his wife, Hannah, and his daughters Ardith (3), and Rahab (8 months) to San Diego, bought a small boat, and set sail for Kiribati. It is unclear whether or not they knew that the highest mountain in Kiribati is about a yard high, and the government of that unhappy nation has advised its citizens to leave as pronto as possible, before rising sea levels drown them. But off they went into the Pacific where, to quote Mrs Gastonguay, it was just “storms, storms, storms.” After ninety days all they had left to eat was honey and fruit juice; the deck of their boat had begun to separate from the hull, like the upper coming adrift from the sole of an old shoe; and they hadn’t the faintest idea where they were.

They were luckily spotted by a fishing trawler and rescued. They are back home in Arizona, jobless and considerably poorer than when they left. The federal government are charging them $10,000 to cover the costs of their repatriation, in addition to the $9,963 they already owe in back taxes.

I think I’ve have stated in the past that I’d rather rip out my own eyeballs rather than attend a church service, but I didn’t really mean it literally.

Mr Aldo Bianchini, however, is made of sterner stuff. Perhaps the sermon was of such spine-liquefying boredom, or the stench of the pious became impossible to stomach, or he suddenly realised he had devoted half a lifetime to believing hogwash, but he actually did rip his eyeballs out during a service in northern Italy.

Blood poured copiously from his vacant sockets, paramedics were summoned, and, no doubt, prayers were offered. At the hospital, doctors attempted to cram the eyeballs back into their sockets, but it was like trying to stuff toothpaste back into its tube. Poor Mr Bianchini will be blind for the rest of his life.
END_OF_DOCUMENT_TOKEN_TO_BE_REPLACED

(Reuters) – Police in Nigeria are holding a goat on suspicion of attempted armed robbery.

Vigilantes took the black and white beast to the police saying it was an armed robber who had used black magic to transform himself into a goat to escape arrest after trying to steal a Mazda 323.

“The group of vigilante men came to report that while they were on patrol they saw some hoodlums attempting to rob a car. They pursued them. However one of them escaped while the other turned into a goat,” Kwara state police spokesman Tunde Mohammed told Reuters by telephone.

“We cannot confirm the story, but the goat is in our custody. We cannot base our information on something mystical. It is something that has to be proved scientifically, that a human being turned into a goat,” he said.

Belief in witchcraft is widespread in parts of Nigeria, Africa’s most populous nation. Residents came to the police station to see the goat, photographed in one national newspaper on its knees next to a pile of straw.

There seems to be a lot of Sam Harris bashing of late, and the latest example of this is Mandy De Waal’s “Islamophobia and Sam Harris’ tyranny of ‘reason’” in the Daily Maverick.

Her article is, on the face of it, an attack on Harris’ anti-Islam stance, but a cursory analysis of the language she uses reveals that it is an attack on atheism and atheists in general. For example she says that Harris “intellectually clubs spiritual ‘gurus’ like Chopra, in much the same way fur hunters club baby seals.” Just to make sure we get the point that the spiritual and religious are cute and cuddly and atheists are filled with adamantine ruthlessness, she goes on in the following paragraph: “Intellectually clubbing seals is a practice fairly common among atheists”. She quotes Alister Mcgrath who called Richard Dawkins “Darwin’s Rottweiler”, promotes Harris’ atheism to a more general “misanthropy”, claims that Harris “grinds in the heel of hatred”, describes his followers as “rabid”, and his ideas are “hate speech”.
END_OF_DOCUMENT_TOKEN_TO_BE_REPLACED

The Jasna Góra Catholic monastery near the town of Czȩstochowa in Poland is over six centuries old, having been founded by Pauline monks in 1382. It is the home of the famous Black Madonna, an icon credited with several alleged miracles. It is also the site of a conference of exorcists held every two years. 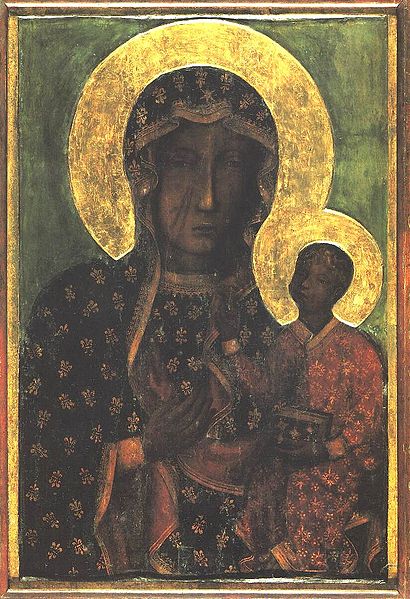 Exorcism is the driving out of so-called evil spirits by priests of the church. That there is no evidence whatsoever that these evil spirits exist is neither here nor there, they provide a ready excuse for a junket to Jasna Góra where, no doubt, the priests will partake lavishly of the excellent wines and delectable dishes of the region.
END_OF_DOCUMENT_TOKEN_TO_BE_REPLACED

A couple of weeks ago Jack Kevorkian, a.k.a. “Doctor Death”, died from complications of liver cancer. Today we have news that Terry Pratchett, the esteemed science fiction author of the Discworld series, is suffering from early onset Alzheimer’s disease, and is campaigning for the right to end his life when and where he likes.

Well, why shouldn’t he? There seem to be two arguments against any individual choosing the time and manner of his own death: religious, and some variant or other of the “slippery slope”.

The religious argument is simple: only God can ordain the time of our death, and to pre-empt God is a mortal sin. Also inextricably tied into this argument is the notion that humans are fundamentally different to animals by virtue of the possession of a soul, and that what might be “humane” for animals must be rejected for humans on account of our special status.

The slippery slope arguments come in two broad categories. The first goes something like this: “If we allow people who are terminally ill to commit assisted suicide, then we’ll have people doing it who are just depressed or having a bad day.” The second is usually framed as the concern that relatives of the euthanasee might take the opportunity to bump off granny in order to get their avaricious hands on her chattels before she is ready to go, or that granny may feel she’s a burden to her family, so she undergoes assisted suicide as a considerate means of relieving that perceived burden.

I side with Kevorkian and Pratchett in this matter. Neither of the arguments mentioned above hold water, and even if they did they are trumped by a much more compelling moral argument.

The religious wish to impose the sovereignty of their god on everyone, whether or not they believe in that particular god. I do not believe in the existence of any gods, so obviously I must reject as absurd any attempt on the part of the religionists to impose their superstitions on any aspect of my life; and I must oppose as unconstitutional any laws that entrench religious ideals. I find the very notion that we assist animals to die painlessly when their pain becomes severe and call that “humane”, but refuse that same consideration to humans contrary to every tenet of morality, but that does not surprise me–the religious know very little about morality, and what they do know is distorted by the lens of their hand-me-down beliefs.

Slippery slope arguments can be disposed of quite easily simply by exposing the fact that they are straw men; they are objecting to matters that are not even on the table–no one is espousing murder, merely individual freedom of choice.

Which brings us to the clinching, in my view, moral argument. If we value the “right to life” as entrenched in the constitution, then we must acknowledge the concept of ownership of one’s life and body. Who owns your life and body? The church? Your neighbour? The state? Obviously not. You own it, and therefore you must be the sole arbiter of its final disposition. The corollary to this is that any law that attempts to prevent you from exercising your rights over your body is immoral and should be struck from the statute books, and the prosecution of those assisting others to die should be stopped immediately.

I see that the Catholic church saw it as “both ironic and tragic” that Jack Kevorkian did not himself resort to assisted suicide in his final days. Why? They miss the point entirely. He did not choose to do so, but he should have permitted to so choose if he wished. The religionists really don’t seem to able to get a handle on the logic of this argument at all.

So, here we are (still). Unraptured, unsubjected to the tortures of hell on Earth we were promised by the grade A, Crackpot First Class Harold Camping. The papers are full of sob stories about the morons who bought into this nonsense and now have to face the consequences.

Last week I expressed some sympathy for the likes of the Martinez family, but this week, after reading the bleatings of the faithful, I’ve changed my mind.

There are a crowd who rented 50 rooms in an expensive hotel to await Jesus, believing they would never be presented with the bill. How stupid can you get and still go about on your hind legs? These bloody fools deserve nothing but contempt and ridicule, and the more of that that is heaped upon them, the less likely will it be that others will believe the next Camping, or even this self same Camping when he amends his ridiculous calculations again.

Last week I mentioned the fact that yelling “fire!” in crowded auditorium is not protected speech under any sane constitution, and likened Camping’s absurd statements to just that situation. I sincerely hope someone in the US brings a prosecution against him, and a jury finds him responsible for some of the harm he has done.

Then he can finish his days in a lunatic asylum, where he should have been confined a long time ago.