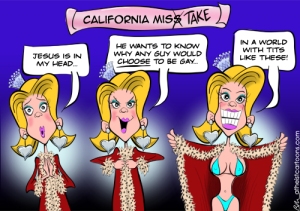 Is it my imagination or is advertising getting much worse than it used to be?  I remember the day when creative people in the advertising industry actually were creative, it wasn’t just a job title.  The mouse on the BMW steering wheel; the Santam farmer and taxi driver; even braaivleis, rugby, sunny skies and Chevrolet.

What do they dish up now?  That horror from cybersmart sung to the tune of Nkosi Sikelele, that’s what.  The person responsible for that sould be taken down to the basement and shot.  Those idiotic ‘punchlines’ where the simpering housewife giggles something along the lines of ‘it’s so simple even my husband can do it.’  Ha.  Ha.  Fake American accents advertising websites: ‘no wonder you get hit on so much!’  Oh God, stop.  My sides are splitting.

A few months ago in a boardroom at the Standard Bank headquarters a meeting was convened to discuss the bank’s new catchphrase.  Or tagline, or whatever it is they call those things.  The old one was: Simpler, Better, Faster.  Utterly untrue—the bank in question has possibly the worst service standards in the galaxy, but perhaps they were expressing an ambition, not reality; in any case it wasn’t bad as catchphrases go.  So what did those grey heads in the boardroom decide the replacement should be?  Moving Forward.  I’m not joking.  WHAT THE HELL IS THAT SUPPOSED TO MEAN?  I know what the words mean, but in the context of banking they are meaningless drivel.  Not only did someone in the advertising industry lack the humility to actually pitch this rubbish, but people in high positions at Standard Bank saw fit to approve it as encapsulating their corporate vision.

If I had my way, Sandton basements would see more shootings than the Lubyanka in Stalin’s heyday.

This entry was posted on Wednesday, September 30th, 2009 at 06:35 and is filed under Uncategorized. You can follow any responses to this entry through the RSS 2.0 feed. You can leave a response, or trackback from your own site.