I first saw America as she should first be seen by a foreigner: from the deck of a ship approaching New York harbour. We had passed the Nantucket Lightship in the night watches, and now at dawn could see the island of Manhattan, dominated by the twin towers of the World Trade Centre. We picked up the harbour pilot and steamed slowly in up the East River, past Governors Island and nudged into our berth at Brooklyn Pier 6.

This was in the early 80’s, and New York was a grubby, rowdy, bustling, crowded place of which I, as a young African, stood in awe. When I wasn’t on cargo watches I would ride the subways and buses, taking in the sights; sometimes I would stop off at one of the ubiquitous Irish pubs for a beer, and would chat to the locals, who—for some reason or another—would always ask whether or not I had been in Florida.

I spent the next year or two on the East coast liner trade: New York, Baltimore, Philadelphia, Newport News (beware of submarines), Charleston, Savannah, Miami, Mobile, New Orleans (occasionally Baton Rouge), Houston. During this time I conceived a real affection for the American people, who were invariably friendly and courteous; and apart from a curious ignorance of the events—or even the geography—of the rest of the world, they seemed sophisticated enough to value their freedoms and to take pride in the achievements of their nation. They are mostly liberal, and think quite deeply about morality and the constituent parts necessary to the maintenance of a just society. Which brings me to the point of this post.

How can a nation such as the United States find herself so far behind the curve when it comes it comes to the death penalty? All other modern democracies have long since abolished this barbarous form of punishment, and those countries which continue to apply it are hardly ones which anyone impartial would call enlightened. 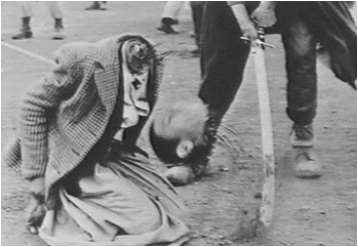 If the saying “you can know a man by the company he keeps” applied to nations, would we get entirely the wrong impression of America? Here is a list of nations whose company America keeps:–

There are many reasons why the more enlightened nations have abolished the ultimate sanction: it has not been shown to be an effective deterrent to violent crime; it is almost impossible to apply fairly; and, most importantly, justice systems are manned by human beings who make mistakes, and in this age most people find repugnant the notion of the state taking the life of one who is innocent of the crime of which he is accused.

Is this an issue in the U.S.A.? I don’t see much in the media, and those websites which are anti capital punishment don’t seem to have a large following. I almost get the impression that abolitionists are regarded as a fringe group, not to be taken too seriously. I think if I were an American, I would be so ashamed of what my nation was doing that I would make a high priority of ensuring that my government ceased this savage practice.

This entry was posted on Thursday, November 29th, 2012 at 14:16 and is filed under Law, Libertarian, Morality, Uncategorized. You can follow any responses to this entry through the RSS 2.0 feed. You can leave a response, or trackback from your own site.