Let me say at the outset that I am not a fan of cell phones. In my view these anti-social devices have done more to damage quality of life (and, when in the hands of moronic drivers, to actually end life) than any other modern invention. It is no longer possible for me to enjoy a day at the beach, or a romantic dinner without being irritated by the constant ring tones and inane, high-decibel chatter of those around me, or, much worse, by my pointy-haired boss who is so dim he thinks an after hours computer error is an emergency, despite the fact that no one will die or even feel vaguely queezy because of it. No one would be happier than I if the damn things were swept off the face of the planet once and for all, but I am reluctantly forced to take up a position in their defence against the plethora of hogwash currently being spouted about their effect on health. 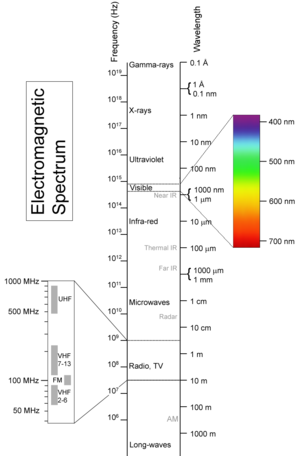 A rather breathless newsreader on Eyewitness News this morning revealed that the International Agency for Research on Cancer had listed electromagnetic radiation from cell phone base stations as a category 2B carcinogen. From his shock horror delivery one could be forgiven for thinking that we are all doomed (well, we are, actually, but not from cell phone towers) to imminent death from horrible cancers. But to put this in perspective, some of the other substances and circumstances listed in category 2B are coffee, carpentry and talcum powder. Category 2B lists substances and circumstances that are possibly carcinogenic, but so far there is no evidence that they are. In fact, since the radiation from these towers is in the non-ionising part of the electromagnetic spectrum, I fail to see how it is even possible that it can be carcinogenic.

Another cited health effect is that some people claim to suffer from a condition of enhanced sensitivity to radio frequency fields, or electromagnetic hypersensitivity. These unfortunate folk suffer from a bouquet of symptoms which they attribute to to the existence of electromagnetic fields. Studies have hitherto failed to substantiate these claims. The World Health Organisation (WHO) conducted a meta-analysis of research into the phenomenon and concluded:

Discussion
In response to public concerns, most studies dealing with exposure to electromagnetic fields from MPBSs [mobile phone base stations] have investigated non-specific symptoms of ill-health, including self-reported sleep disturbances. The majority of these studies have not shown any occurrence of acute symptoms after exposure to GSM 900, GSM 1800 or UMTS fields from MPBSs. The sporadically observed associations in randomized laboratory trials did not show a consistent pattern in terms of symptoms or types of exposure. In our review of epidemiological studies we found that the more sophisticated the exposure assessment, the less likely it was that an effect would be reported. We also found no evidence that individuals who are hypersensitive to electromagnetic fields are more susceptible to MPBS radiation than the rest of the population.

I would never accuse the sufferers of these symptoms to be hypochondriacs (perish the thought), but there is no evidence whatsoever that the source of their symptoms are electromagnetic fields from base stations or any other source.

But this is not to say that these sources of radiation are definitely proven to be harmless. The WHO study quoted above went on:

Where data are scarce, the absence of evidence of harm should not necessarily be interpreted as evidence that no harm exists. Further research should focus on long-term effects and should include children and adolescents. Additional cross-sectional studies would be of limited value, so future studies should apply a longitudinal design. Because there is no evidence that potential health effects would be restricted to MPBS frequency bands,9 such studies should include an assessment of exposure to other sources of radio frequency electromagnetic fields in daily life, such as mobile and cordless phones and wireless local area networks.6

I would venture to suggest that whilst this research should be done, it does not warrant a very high priority—there are a number of diseases such as malaria that kill millions every year and yet are chronically short of research funding, perhaps because the victims are all in the third world.

This entry was posted on Friday, September 2nd, 2011 at 10:08 and is filed under Medicine, Morality, Science. You can follow any responses to this entry through the RSS 2.0 feed. You can leave a response, or trackback from your own site.

3 Responses to Base Stations Again