The boarding school I attended when I was a small boy employed a Scottish matron to look after our medical welfare. She was rectangular, about four feet tall, had a broad lowland Scots accent, a face like a haggis and a loving heart, not that she would ever own up to that. Whenever we went to see her she would listen to our sad stories, then give us a large, round, blue pill. I always felt much better after this, and attributed the improvement to the pill. With hindsight, I’m sure the pill was nothing more than a multivitamin, and the talk conspired with the placebo effect to produce the improvement in mood. This is only tangentially relevant to my topic for today, which is illegal drugs and the relationship between their users and governments. 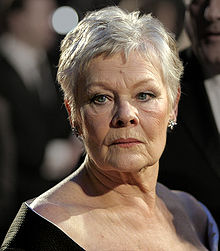 Last week luminaries such as Judi Dench, Sting and Richard Branson expressed their view that the so-called war on drugs was a failure, and that use of illegal drugs should be decriminalised. Well, guys, thanks for pointing out the obvious–obvious to everyone, that is, apart from those legislators who persist in the delusion that they can legislate human nature.

The arguments for decriminalisation are practical: a huge amount law enforcement resources are diverted from fighting other crimes; outrageous profits on illegal drugs mean that the market is perfectly suited to exploitation by organised crime; the trade in illegal drugs cannot be regulated, so their consumers risk injury or death from poor quality merchandise; users are cast out of mainstream society and live dangerously, sharing needles and other kinds of risky behaviour.

In my view Dench et al don’t go far enough. Illegal drugs should not be decriminalised, they should be legalised. Apart from all the reasons given above for decriminalisation, there are compelling moral arguments for legalisation. The first is the lack of consistency in the law. There are no logical reasons why some drugs, such as alcohol and tobacco should be freely available to adults when less harmful substances such as cannabis are illegal. Secondly, there is the question of freedom: if you wish to have a free society, then adults should have freedom over their own bodies, which means the freedom to ingest any substance they like without being dictated to by the state. The function of government is to protect citizens’ rights against other people, not themselves. Free people must have autonomy over their own lives, and suffer government interference only when they infringe the rights of others.

“But the the health system won’t be able to cope with millions of addicts!” critics will cry. This is simply untrue–the national fiscus takes in much more from taxes on the sale of alcohol than they expend on treating the fairly small proportion of drinkers who descend into alcoholism. Any drugs can be taxed in the same way as are tobacco and alcohol now, and the profits go to government (disorganised crime) instead of to the criminal cartels. Cynics or conspiracy theorists might make the point that government allows the sale of alcohol and tobacco because it saves a considerable amount of money; the best outcome for government is everyone dropping dead at their retirement parties, saving a fortune in pensions and geriatric care. A legal market in drugs can be regulated by health authorities, ensuring suppliers perform adequate quality control, and that users can be confident of the doses they are purchasing.

I’m sure that somewhere in the back of Richard Branson’s mind is the outline of the advertising campaign he will run upon the launch of Virgin Psychedelic, and the profits he will make out of marketing cheap, high quality product to an appreciative public.

This entry was posted on Monday, June 6th, 2011 at 13:14 and is filed under Law, Libertarian, Morality. You can follow any responses to this entry through the RSS 2.0 feed. You can leave a response, or trackback from your own site.