Don’t Be a Dick

I think it was Phil Plait who said this. He was referring to the scorn and ridicule heaped upon believers in rubbish by those possessed of rational minds. He believes that the followers of psychics, homoeopaths, fortune-tellers, clairvoyants, metaphysicists, snake oil salesmen and religionists should be gently taken by the hand and offered rational arguments as to why their beliefs are misguided, upon which they will immediately see the light, embrace truth and become happy, well-adjusted, productive members of society. This is all very well, and is certainly a strategy that is used by some, but I have run out of patience and can no longer conceal the contempt I feel when encountering these individuals. 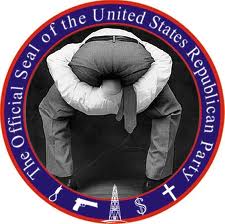 Those of you who have been following the Republican candidates for the presidency of the USA in the next elections will share my anger and bewilderment. The USA is militarily and economically the most powerful nation on the planet, and to think it could be led by one of these fractured minds is, well, unthinkable. Romney, Perry, Bachman, Palin are all members of religious cults, and would all put their imaginary god before their country or the well-being of the planet. Even Ron Paul (the best of a truly appalling bunch) would like to see creationism taught in school science classes. Seriously, would you entrust the running of a hot dog stand to someone who professes to believe in talking snakes, zombies and flying horses? If you are sane, your answer would probably be no, but one such may soon have his finger on the button again. Yes, Billy–the Big Red One.

There is a perception—even amongst non-believers—that belief in supernatural and paranormal entities is merely a harmless eccentricity. It isn’t, it is both dangerous and harmful, and it’s high time we started to treat it as such. A cancer patient foregoes science-based treatments because some purveyor of nonsense convinces him that homoeopathic preparation X will cure him. By the time he discovers it won’t, his disease has progressed to the point where it is untreatable by real medicine and so he dies.

The most dangerous notion on this planet is the idea that life is just some sort of annex to the real life to come after death. This hogwash makes it trivially easy to manipulate its believers into doing anything at all, provided that they can be convinced that by doing it they are ensuring their place in whatever paradise is postulated in their ridiculous religions. Christian scientists would rather their child dies than receive proper medical treatment for fear of harming the child’s immortal soul; a belief in paradise led men to fly aeroplanes into the Pentagon and the World Trade Center. Don’t make the mistake of thinking that those were fundamentalists, a lunatic fringe who don’t represent the gentle lambs of their religion—the so-called peace-loving rank and file Muslims and Christians provide the agar upon which the fundamentalist bacterium thrives, and by treating them with kid gloves we confirm them in their delusions.

So I’m going to be a dick. When confronted by these lunatics, I shall let them know unequivocally that I regard them as such, and that I don’t excuse or condone their nonsense. The more people who take this line the better. To paraphrase William Blake: As the air is to birds and the sea is to fish, so is ridicule to the ridiculous.

This entry was posted on Friday, October 21st, 2011 at 12:40 and is filed under religion. You can follow any responses to this entry through the RSS 2.0 feed. You can leave a response, or trackback from your own site.

3 Responses to Don’t Be a Dick