I recently received a letter from my local homeowners association regarding the erection of a cell phone base station in our suburb. They had received complaints about the proposed base station on grounds of possible adverse health effects, not because it would be an eyesore. 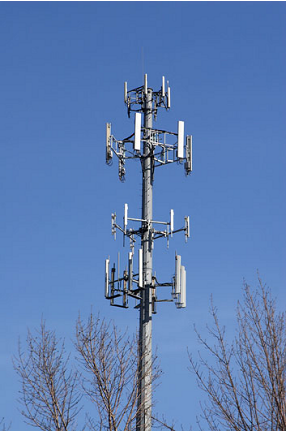 The letter also stated that

I have asked for further and better particulars of these “health organizations” but have so far not received a reply.

It seems extremely likely that these fears are groundless. There are a number of reasons for this:

The fears expressed in the letter can be broken down into two categories: the cancers (tumours, cancer and childhood leukemia) and more subjective ailments (changes in sleep patterns, headaches).

There is no association between risk of early childhood cancers and estimates of the mother’s exposure to mobile phone base stations during pregnancy.

Most scientists agree that cell phone antennas or towers are unlikely to cause cancer.

The headaches, changes in sleep patterns can be lumped together under the heading of EHS, or electromagnetic hypersensitivity (EHS). A study in Environmental Health Perspectives snappily entitled Does Short-Term Exposure to Mobile Phone Base Station Signals Increase Symptoms in Individuals Who Report Sensitivity to Electromagnetic Fields? A Double-Blind Randomized Provocation Study concludes

Short-term exposure to a typical GSM base station-like signal did not affect well-being or physiological functions in sensitive or control individuals. Sensitive individuals reported elevated levels of arousal when exposed to a UMTS signal. Further analysis, however, indicated that this difference was likely to be due to the effect of order of exposure rather than the exposure itself.

there is no scientific basis to link EHS symptoms to EMF
exposure. Further, EHS is not a medical diagnosis, nor is it clear that it represents a single
medical problem.

I don’t care a jot whether or not they allow this base station to be built—I can’t see it from where I live and it may or may not improve my 3G data rates, but I certainly won’t lose any sleep over it, or worry about my health if they do decide to build it.

This entry was posted on Tuesday, February 22nd, 2011 at 13:36 and is filed under Quack Medicine. You can follow any responses to this entry through the RSS 2.0 feed. You can leave a response, or trackback from your own site.

3 Responses to Base Station Blues